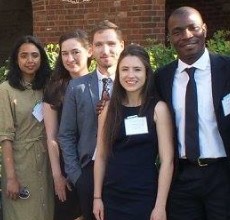 Since our last newsletter, Fox Fellow alums have achieved numerous successes, both personally and professionally. We list these below and urge fellows past and present to reach out to one another if they have any questions or would like to get in touch.